From the moment we’re born, touch is a major part of our lives.  We’re wrapped snuggly in a blanket and placed in our mother’s arms, where we’re warm, secure and happy.  As we grow into children, that need and desire for touch doesn’t disappear; it manifests itself in holding hands with our friends, hugging our parents (or, in my older daughter’s case, hugging anyone who’ll stand still long enough) and sitting on an available lap.  When we hit our teens, we’re holding hands with members of the opposite sex, hugging our girlfriends, back-thumping our guy friends and still hugging our parents – when no one’s around to see us.

Then what happens?  I don’t know, but somewhere between going off to college and entering the “real world,” we forget that we need touch, so we’re often left feeling bereft, but not quite sure what’s missing or how to fill that void.  Most of us date people, getting intimate touches.  We eventually get married, complete with its touches, and life continues with holding hands, kissing, making love, spooning at night and cuddling on the sofa while watching a movie.

How often, though, do we as adults get those soothing, comforting touches that were ours as children?  I’d suggest, not very often, and that’s where a good massage comes in.  I’m aware that there’s a split between those for massage and those against.  I’d suggest that those who are against it think of it as something dirty, something that’s lurid and perverted, best kept to the back rooms of “massage parlours.”  Those who think massages are wonderful recognize their therapeutic benefits. 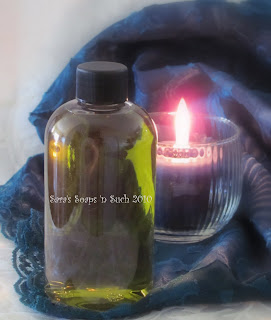 My new massage oil is a proprietary blend of high quality, 100% natural oils chosen especially for the unique properties each one brings to a massage.  Some oils absorb quickly into the skin.  Others have a really nice slide.  Still others contain vitamins or antioxidants, making the oils themselves very good for the skin.  They come in a variety of fragrances and I’ll soon be adding flavors.  I encourage you to pick up a bottle today and try it out.  They come in two sizes – an 8-ounce bottle for your bedside table and a 2-ounce bottle that’s sized to fly to a romantic get-away.  You won’t be sorry! 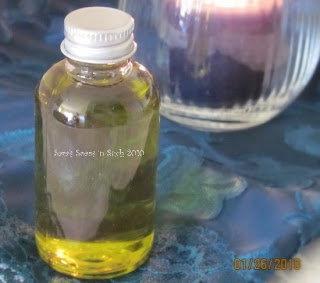 In a later article,I’ll discuss the benfits of massage on babies.

…But I need your help first.

Massage oils in flavors is a bit more challenging, and this is where I need your help.  Please take just a moment to vote in the poll to the right here ——> Yeah, that’s it… And let me hear your opinion on what flavors you’d want to use in a flavored massage oil.  This product would have the same luxurious benefits as regular massage oil, but with the added treat of being flavored with an ingestible flavor oil, making whatever may follow your massage more enjoyable.  ‘Cause, really, something may smell great, but it may not necessarily taste so great.

The poll closes in a week, on 31 January, so go ahead and cast your vote while it’s still fresh on your mind.  You may vote for more than one flavor.

Thanks so much!  I appreciate your help. 🙂

I saw on another site today yet another soapmaker who doesn’t like preservatives, who thinks they’re evil and so forth.  That’s well and good, and I applaud those who firmly believe in creating all natural products and can do so safely.

There’s an easy way to make all-natural products which won’t need a preservative:  Make them without water.  Such products as lotion bars, soaps and lip balms don’t require a preservative.  (Water is part of the soapmaking process, but it’s not in the final product.)  Lotion bars, lip balms, lip glosses and body butters (real ones, made with butters and oils) are anhydrous formulations, meaning they contain no water.  Since they don’t contain water, they present an unfavorable environment for mold, fungus and bacteria growth and need only an antioxidant to slow down the rancidity of the oils and butters.

Then you come to lotions, creams and yes, even scrubs.  These products contain water, which means they present a very favorable environment for the growth of “nasties” – mold, fungi and bacteria.  In fact, these “all-natural” nasties can start growing in lotions within three hours of their manufacture without a proven, broad-spectrum preservative.  You can’t see them.  I once had a soap seller tell me she had been using a bottle of the unpreserved lotion she was selling for two months and it wasn’t growing.  It doesn’t have to be visibly growing for nasties still to be present.  In fact, they’re microscopic, and because they’re so tiny, they can enter a person’s blood stream through the most microscopic of skin breaks, such as are common in people with diabetes-related edema, and also those one might get after shaving.  These nasties can be particularly dangerous to someone whose immune system may already be compromised by other diseases, such as cancer, and can lead to sickness, hospitalization and even death.

Scrubs are slightly different.  When I make scrubs, they contain no water, yet still I preserve them.  Why?  Because they’re very thick and can easily have water introduced into the container.  A wet hand dipping into the jar in the shower is enough to contaminate the whole batch.  I now make my scrubs with sugar, but when I first started making them, I used salt which, as most people know, is a type of preservative.  I opened the jar one day after not using them for a while and the inside was covered with spots of black mildew (a type of fungus).  Suffice it to say, that jar hit the trash!

I think everything needs to be a matter of perspective.  When I make my lotions, I use a paraben-free, broad-spectrum preservative at the lowest possible effective rate.  This comes to 0.8%, or 5 grams of preservative to over 500 grams of lotion, which makes 5 4-ounce bottles.  (To give you an idea, an ounce is about 28.4 grams by comparison.)  So, you’ve got five grams of preservative over four bottles.  What it comes down to is, even with the chemical preservative, my essential-oil scented lotions are still 99.2% all natural.  Compared to the risk of killing a customer by selling them a dangerous product, I’ll accept that as close enough.

By the way, I have all my water-based formulas tested for preservative efficacy by a reputable lab before selling them.  So far, they’ve all passed with flying colors, far exceeding what even the FDA considers “safe.”

I encountered this recipe in an unassuming email from Allrecipes.com back in the fall, and have, since then, played with it and tweaked it to make it my own.  I think the best incarnation of this recipe to date was the last batch I made, and here’s the recipe for it.

A couple of hours before you wish to start your soup, bake your squash and sweet potato.  Stab them both with a fork 8 times going around and bake them at 350 for an hour, turning halfway.  Placing them on a foil-lined cookie sheet will save your oven.  Once they’re done, let them cool a bit.  It’s OK if they’re not completely done in the center.

Melt butter in dutch oven and cook the onion and leeks over medium heat until they’re transluscent, about five minutes.

Slice the squash in half and discard the seeds.  Set half aside for later use; it freezes well.  Scoop out 2 cups (all of the half squash) from the peel and place it in the dutch oven.  Slice the potato in half and remove the peel; place in pot.  Put apple, carrot and chicken stock in the pot, and cook it for 20 minutes at medium heat, covered, or until carrots are tender.

Turn heat back to low.  Using the stick blender, puree the soup in the pot until it comes to a nice medium trace.  (Sorry.  Chose not to resist.)  Slowly stir in half-n-half.  Add spices and let sit for ten minutes before serving.

Makes 8 servings.  (The original recipe says it makes 4 servings, but we serve this in small salad/soup/cereal bowls as a side with dinner; each bowl holds 1 1/2 to 1 3/4 cups.)

This is a great, veggie-rich soup to accompany sandwiches or crusty cheese bread.  The squash and sweet potato combine to make the soup somewhat sweet, but the cumin adds just the right amount of “bite” to offset it, a trick I discovered after lunch at Atlantic Bread Company one day and which my daughter, who didn’t much care for the first 3 batches of soup, declared “really good.”  You can adjust the spices to your taste.  Just be mindful that the nutmeg and cumin both impart pretty strong flavors and should be used with care.

I mentioned in this blog post that I had Corona beer going flat in the garage, but couldn’t mention what I was going to do with it, because it was too close to Christmas.  Well, that beer became part of the Ultimate Buffett Soap and was a gift for my aunt, who joined us at the Summerzkool tour last year when Jimmy came to Raleigh.  The Ultimate Buffett Soap featured Corona beer, hemp seed oil (to commemorate all those joints smoked at his concerts) and a zesty Margarita Lime fragrance.  So, you’ve got your Corona, your cannabis-derived product and a little scent-trip to Margaritaville, minus the smell of boiling shrimp.  She loved it, and it was fun to make, especially as I soap-glued a soap lime slice to each bar.